Official website of the city of
Biograd na Moru 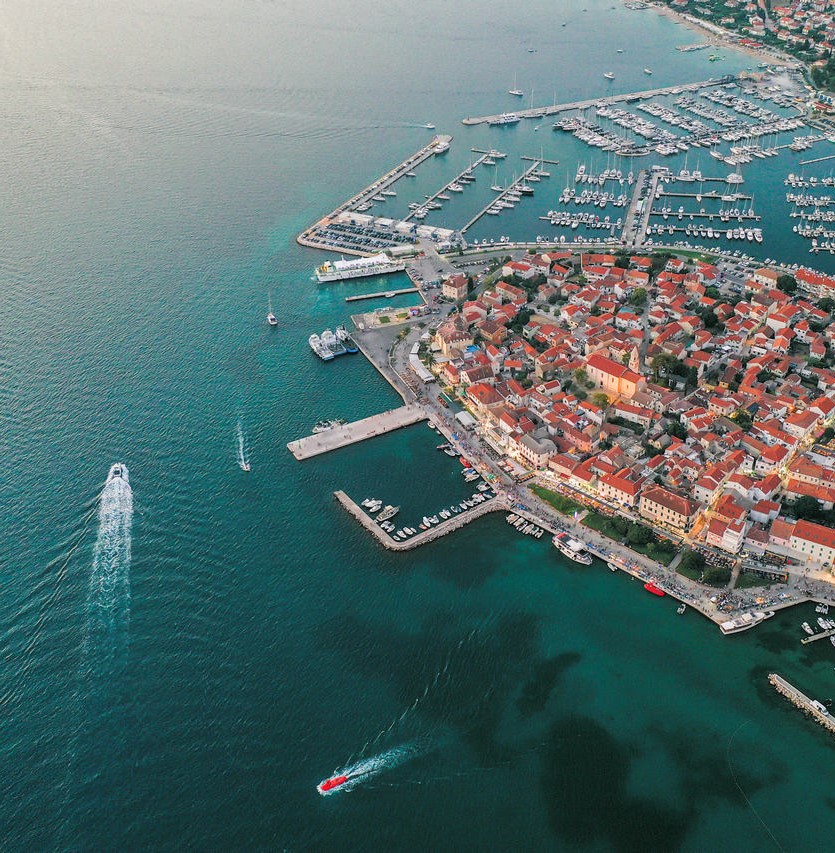 Biograd, a city and the port in northern Dalmatia, 28 km south of Zadar, according to the 2011 census has a population of 5,569. It is located on a small peninsula and the mainland. On the northern side of the bay Bošana and on the southern bay. In front of the town are the islands Planac and St. Catherine (with a lighthouse). The average air temperature in January is 7 °C and in July 24.5 °C, with an annual rainfall of 840 mm. The bay is a large public, sandy beach surrounded by pine trees. Biograd is a local commercial and traffic center, with good connections with its hinterland, surrounding coastal villages and small towns and the island of Pasman.

The economy is based on agriculture, fishing and tourism.  Biograd is a ferry port for the island of Pasman. It is located on the main road Zadar - Split (M2, E65). Biograd is the center of the riviera consisting of. Petar na Moru, Turanj, Sv. Filip i Jakov, Biograd, Pakoštane and Drage, as well as several villages on the island of Pasman: Tkon, Kraj, Pasman, Barotul, Mrljane, Nevidane, Dobropoljana, Banj and Zdrelac, and Vrgada on the island.

Thanks to its position on the most indented part of the Croatian Adriatic coast, the area provides excellent opportunities for nautical tourism and sailing more than any other part of the Mediterranean. In the immediate vicinity are three national parks: Paklenica, Kornati Archipelago and Krka, as well as the Nature Park and Lake Vrana.

Apart from cultural and historical heritage, Biograd is also known for its beautiful beaches, picturesque bays and various accommodation facilities. In the city, there are many restaurants offering specialties of local and international cuisine.

Official website of the city of
Biograd na Moru